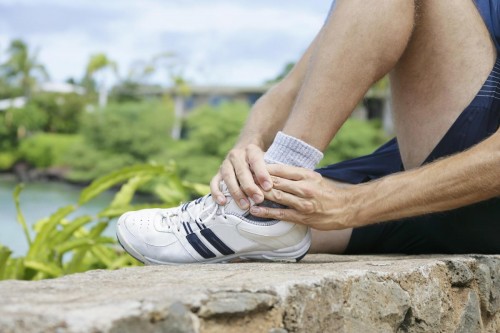 A man limped into Dr. Lily Wu’s office with a history of two prior ankle surgeries . . .

“When he came to see me the first time, he told me he had two prior surgeries on his left ankle. He had metal screws in his ankle. He was feeling good for a couple of years, but the pain came back,” Dr. Wu said. “Eventually, he was in pain again every day. The pain was affecting his daily life so much that he was considering a third surgery. He said he only noticed when he wasn’t hurting because he was in pain most of the time.”

“After the first acupuncture treatment, he was able to go dancing that same night without being bothered much at all by the pain. The next time he came to see me, he was so excited with how much the treatment helped him,” Dr. Wu said.

“In about 6 treatments, he only noticed when he did have pain. This was the opposite of how he felt before he started treatment when he was in pain most of the time. After about 10 treatments, he went on a long bike ride and had no ankle pain,” Dr. Wu said.

This 53-year old man had an active lifestyle. After he started the treatments, he remained active in all kinds of sports such as skiing, hiking, playing basketball, beach volleyball, soccer, and more.

“He was typically coming in weekly unless he was out of town,” Dr. Wu said. “He was totally recovered after about 30 treatments over a period of 8 months.”

“During this time I also treated him for back pain. He used to have back spasms, but after a number of treatments, the back pain stopped as well,” she said. 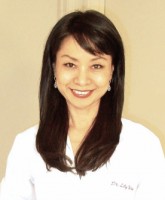 Dr. Wu earned her Doctorate of Acupuncture and Oriental Medicine. She’s a licensed acupuncturist and Chinese herbalist. She is on the Palo Alto Medical Foundation doctors’ referral list of qualified acupuncturists.