I know you’re very busy trying to fix the deficit, the economy, the NSA and the ObamaCare website, but every good dad should have a few minutes to take a look at his kid’s report card. There’s something else you need to fix. Your child, Doe, isn’t doing very well in school. Here’s DOE’s report card.

Among other countries, the US ranks 31st in math and 23rd in science. Students First. This puts US students in the “middle of the pack,” about the equivalent of a C. Huffington Post. This average score, however, has nothing to do with the number of qualified math teachers. They always multiply. PunOfTheDay

Childhood obesity has tripled in the past 30 years. CDC. When kids walk through hallways to go to another class or to go eat their Monsanto lunch, they pass by vending machines filled with junk food. Huffington Post. Most people believe that school lunches play a big part in contributing to childhood obesity and that schools have a big influence on what kids eat. FreshBites. Overweight kids are more likely to face health issues that will shorten their lives and they add economic burden to all citizens. Some students are so fat, they can’t even jump to conclusions. JustOneLiners. Food Matters!

Only six states require physical education classes. As school budgets have been tightening their belts, students have been letting theirs out. Physical education and other elective classes such as nutrition and health have been cut. This is further exacerbating the obesity issue. SPARK. Some young moms are so out of shape that they have trouble pulling shopping carts apart. AgelessFx

According to the OECD, the United States has a 76% graduation rate. The No Child Left Behind plan failed. The White House. Of the OECD countries, 20 of the 34 are doing better in providing a basic education to their citizens. I wasn’t a math major, but I think this means that the US ranks around 38%, equivalent to an F. We need more teachers like Erin Gruwell, who rallied up students to be Freedom Writers. Recently, a group of dropouts gathered at the front of a movie theatre for a noon matinee on a school day. They were all texting and one by one more kept showing up. As the crowd grew to more than a dozen teens, the manager stepped outside to ask what they were doing. One young man with oversize droopy pants spoke up said they were still waiting on a few more friends since the sign said that 17 and under were not admitted. Jeff Foxworthy

Maybe students aren’t interested in studying at school and they’re picking up their reading and writing skills on social networking sites? Maybe not. SAT and ACT scores are generally on a downward trend. The Unsilenced Science. The DOE needs to invest more in high-tech teaching tools and less on high-tech security equipment, then these scores would be rising, not falling. “Our bombs are smarter than the average high school student. At least they can find Kuwait,” says A. Whitney Brown.

Teacher job satisfaction is the lowest it has been in 25 years. If the teachers aren’t happy teaching, then students won’t be happy learners. Dennis Van Roekel, president of the National Education Association, the nation’s largest teacher’s union, says, “Teacher job satisfaction will continue to free fall as long as school budgets are slashed.” Huffington Post. Do we need more money or do we need more teachers like Jaime Escalante who are willing to Stand and Deliver?

If you’re thinking that we need to spend more money to solve the problem, consider this. The US already spends more on education than any other participating OECD country. NEA Today, If I were a business consultant and found out that a company was spending more than any of their competitors to deliver their service, and customers and employees were unsatisfied, I’d give them a D with a warning that they better start doing their homework before they go out of business.

The education system is needs fixin’. It’s going to take a superhero to take care of all these issues! Fortunately, there are some superheros among us. Some kids have the good fortune of getting into KIPP schools. But we need more superheroes like SuperMike and SuperDave KIPPsters to figure out how to get all kids into successful schools. Watch Waiting for Superman free on Vimeo to see how KIPP schools have overcome these issues and found a way to successfully prepare their students for college. Check out the trailer. . .

By bringing Monsanto executives into your administration, you’ve been quite successful at destroying America’s food system and the health of American people. Occupy Monsanto. This leadership thing really seems to do the trick. By the way, was the tree in the DOE logo genetically modified too? 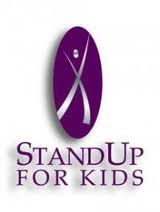 “My school was so tough, the school newspaper had an obituary section,” says Norm Crosby. Take a look inside one of the country’s most dangerous schools on this ABC News report. “If you know any teenagers in prison, send them some candy to help them break out.” Jill Perlow

Today’s kids are generally worse off than their parents, mentally, physically and financially. I’m writing on behalf of all the kids who are suffering, getting left behind, sleeping in the streets, getting locked up and dying for help. The kids are Waiting for Superman! Can you please hire some KIPP-like leaders to head up the DOE so that they can help all our young does and John Does succeed? Please call immediately to schedule a parent-teacher conference. 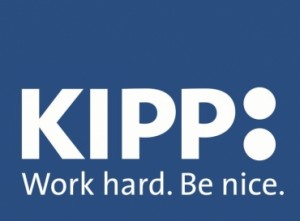