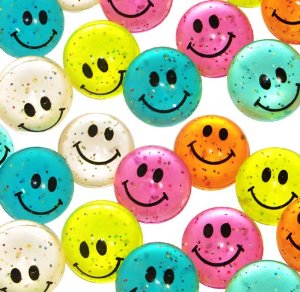 Halloween Balls: A candy substitute for people with balls

It takes balls to say you’re not going to pass out candy on Halloween. It’s like saying you don’t want to roast a turkey on Thanksgiving, or fire up crackers and hotdogs on the Fourth of July.

You may think people who turn off their porch lights on Halloween night are anti-American scrooges who don’t like kids, when in fact they may be doing you a favor. Your kids get less candy, but more exercise as they parade to the next house. Some kids do more walking on Halloween night than they do most other nights of the year.

Why do you think Superman’s costume is so tight? It’s because he’s wearing an “S” when he needs an “L.”  Funology

Buying sweet goodies is more of a trick than a treat. You think kids like Halloween?

Valentine’s Day, Easter and Halloween are even bigger celebrations for the candy industry. According to the National Retail Association, Americans will spend more than $2 billion on Halloween candy alone this year.

Halloween is the time to sample new sweets. Adults buy pounds of their favorite candies to share with kids and colleagues, and to hide away stashes for themselves. Millions of Americans are plagued with sugar addiction.

If you want to know whether or not your kid is addicted to sugar, try this little experiment.

Candy contributes to cavities and other dental issues. That’s why we have the Halloween Candy Buyback program, you might be thinking. But do you really want your dentist getting free PR on the evening news because he’s paying kids for candy he sends off to troops abroad? Don’t fall for this prank! It’s like shipping our electronic waste off to China and India, making people in other countries suffer from our toxic waste. GreenPeace

It’s normal for parents to want to pass along their heritage. But why not create a new healthier tradition? Instead of passing out candy this year, have balls, throw balls, and get kids excited about playing with their balls!

Ask any man. He loves his balls and he’s enjoyed playing with them ever since he can remember. If you don’t believe me, test this for yourself. Given the choice, a boy will part with candy before he’ll part with his balls. Balls are to men what shoes are to women. SearchQuotes

Males tend to be more athletic than females. They keep their balls with them all the time, close at hand. The majority of females grow to appreciate balls, but parents with little girls need to know that there’s no guarantee on things like this.

Even though they may not have any themselves, they understand that men like their balls regardless of what size or shape they are. They come in a wide variety of sizes: everything from dense bowling balls, to air-filled basketballs, hardcore baseballs, and little lightweight ping pongs. Men and women across the globe have exhibited that they get a significant amount of pleasure each week from balls.

When young couples marry, brides are sometimes surprised that their newlyweds leave their balls out on the couch or living room floor. New wives are usually fairly tolerant of things like this, but after children come into the picture, ladies often nag their children and their husbands about putting their balls away.

Keep your eye on the ball. Doesn’t it make more sense to give your kids things to help their brains and bodies develop, rather than deteriorate?

How much should you invest in your balls?

Whatever you put into your balls now will certainly return to you later. Even a very small investment may give you a surprising rebound. Regardless of how much you choose to spend on your balls, your investment will provide you with dividends for years to come.

How can you get balls?

If you don’t have any balls, don’t worry. They’re surprisingly easy to come by. Most women can attest to this. Women are natural shoppers. They know how to get what they’re looking for. If you’re having trouble finding your balls, ask a woman. She can help you out.

In a recent survey, most men reported that their balls are priceless and they’d spend almost anything to keep them. Both men and women enjoy checking out balls at places like Dicks, Sports Basement and Sports Authority.

Some people like old balls. Look for them in the toy section in your local Goodwill or Salvation Army. They often have bins or shelves full of toys and balls you can get for a few bucks. Play It Again Sports is another great place to find balls that have been kicked around. Most used balls work just fine. Older ones tend to have more character. Don’t worry if they’re a little deflated. You can pump them up with a little air.

Let the kids select the balls. Studies have shown that boys especially are more confident when they have a say in matters that involve their balls. Besides, kids are more likely to know what kinds of balls their friends like.

If you’re a germaphobe, wash the balls before you touch them. Men don’t mind playing with dirty balls, but girls do.

What kinds of balls work best?

Different balls serve different purposes, so don’t let anyone convince you that his balls are better than anyone else’s. It all depends on your personal preference. When I was a young girl, I loved playing with big inflatable balls at the beach. And I also liked playing with my Jacks with ball set. I had friends who were into tennis balls, pool table balls and footballs. But I was most impressed with one of my friends who could ride a unicycle while juggling balls or oranges.

When it comes to balls, the sky is the limit. What boy wouldn’t like to have glow in the dark balls, for example?

Should you give your balls away?

Do your part to End Sugar Addiction. Give balls away this year. Don’t worry about losing them. Studies have shown that when you give your balls away, they eventually bounce back.

What food can you serve at a costume ball? 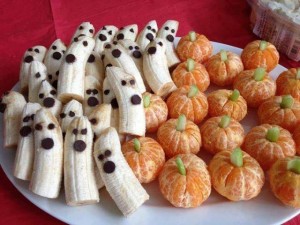 Kids today know how to keep their eyes on their Apple iPhones, but they’ll be more active if they’re participating in an apple-bobbing contest. Check your phone, not your watch. It’s time for change.

Halloween candy is out. Halloween balls are in.

According to the American Diabetes Association, about 26 million Americans have diabetes and another 79 million have prediabetes and are at risk of developing it.

Diabetes is a condition in which blood sugar levels are higher than they should be. It’s a serious disease which can result in slew of negative health effects. The ADA estimates that the total national cost of diagnosed diabetes in the US contributes $176 billion to the pharmaceutical and health care industries. Trick or treat?

As President Obama advises his nation . . .

Is Halloween a good time to schedule a ball game?

Yes. Host an afternoon softball or soccer game where players come dressed up in costumes. Then let kids get all juiced up as they participate in a fruit & vegetable art contest to explore their creative talent.

Should you involve your kids in ball planning?

Yes. Involve your kids in planning the Halloween ball or ballgame. Brainstorm activities they might want to do. Not only will they have more fun at the party, they’ll also learn some basics of planning events and preparing healthy snacks.

According to the National Eating Disorders Association, “eating disorders such as anorexia, bulimia and binge eating include extreme emotions, attitudes, and behaviors surrounding weight and food issues. Eating disorders are serious emotional and physical problems that can lead to life-threatening consequences.”

How do you know when it’s time to change a holiday tradition?

Who are you most afraid of? Witches, doctors or dentists?

The good news is that these dental and weight issues are preventable. If you want to protect your kids from these afflictions, check out this advice from the Childhood Obesity Foundation. They offer four simple things families can do now to help kids achieve healthy bodies.

Order your balls today. Then give your balls to your friends and tell them about the advantages of having a ball on Halloween.

Next time you’re thinking of reaching for a piece of candy. Resist. Reach for your balls instead. 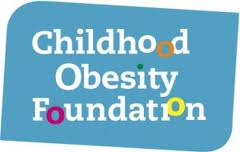