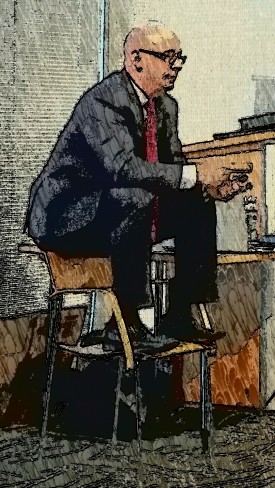 “I moved to Vegas,” said road warrior Darren LaCroix. “My goal was to be so good that I could sleep in my own bed more often.” He went on to share countless personal stories of his own struggles and successes, including the fact that he flew into San Jose earlier today and had to leave shortly after the presentation for his flight back home to Las Vegas. This ironic conflict is just the sort of thing that captures audiences.

I’m so glad I showed up to hear Darren speak at Symantec! In less than two hours I picked up more than a dozen valuable life lessons from him. Here’s what I learned from this down-to-earth entertaining world champ:

Keep notes on things that happen to you throughout your life, even stories that are difficult to share. For each story, think about what point you can illustrate. Here’s how to become a good communicator: tell a good story, make a point. Repeat.

Collect quotes that inspire you. Read one every day for a dose of inspiration or motivation. If you don’t have time to collect quotes, sign up for Darren’s favorites at 365InspirationalQuotes.com.

3. Become a student of self-development.

Darren grew up with a club foot and it affected his self-esteem as a child. “Toastmasters didn’t just change my speaking. It changed my life,” says Darren. Join an organization that can help you reach your goals. “Two percent of people are funny . . . and I don’t like them either,” says Darren. The rest of us have to read books like Stand-Up Comedy: The Book to learn to be funny.

4. Let go of being perfect.

Share stories about your failures, your flaws and your firsts. Not only are they a source of humor, it’s also a great way to help others who can be encouraged by hearing the struggles you’ve gone through. Who knows, you may even become someone’s hero!

5. Be heroic by living out your passion.

You impact people more by the life you’re living than the speech your giving. People aren’t looking for speakers. They want heroes. “Heroes are imperfect individuals striving to be heroic by carrying out the things their passionate about,” Darren said.

6. Every interaction is important.

Darren shared a story about his grandfather who was a school crossing guard. He changed lives by the way he made people feel. Everyone who went to that school remembered him.

Your finances won’t change unless you change. Darren shared his recent experience of participating in a Dave Ramsey‘s Take Control of Your Money Program. Whether you want to eliminate debt or increase your income, you can begin today by setting goals and changing your habits to reach your goals. “If you want to live like no one else, you have to live like no one else,” Ramsey advises.

Want to know the secret of the people who succeed? The answer is simple. It’s whoever keeps going. Darren shared his story of studying 90 videos of world class speakers so that he could discover the difference between the people who came in 2nd place and those who came in 1st place. When you want to accomplish something, you’ve got to stay with it until you reach your destination. In 2001, Darren became the World Champion of Public Speaking with his Ouch speech. 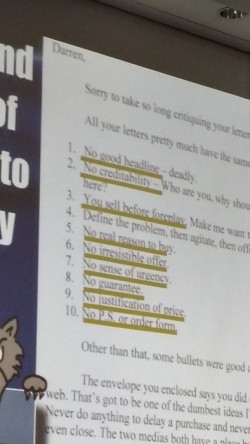 9. Get a personal coach.

Get help from an expert to gain the skills you need to do what you’ve been longing to do. Darren shared his story about hiring Ron LeGrand, “the millionaire maker,” to help him learn the art of improving his sales pitch. Ron shot back with some very harsh criticism, but it was exactly what Darren needed to learn. “Great coaching expedites the process,” Darren says.

10. Don’t blame other people for anything.

After four years of business school, Darren invested $60,000 in opening his own Subway franchise. He did this despite the fact that his attorney advised him not to. After another Subway opened up four miles down the road, his business took a dive. Darren had to let all but one of his employees go and he, himself, had to work from 9 am – 1 am seven days a week. In just six short months, he doubled his debt. He ended up selling the business at a loss, but it was one of the biggest lessons he learned in his life. Not only did it up the ante on his personal work ethic, it also gave him a deep sense of personal responsibility for his decisions. Your woes can lead to your audience’s wows!

Live more stories. Don’t worry about whether they’re going to turn out good or bad. As a communicator (or speaker), your stories are your assets. Because Darren was learning comedy, he got to know all the Boston headliners. He developed relationships with lots of local comedians. These comedians gave him a big inventory of ideas and it helped him on his own journey of adding more humor to his persona.

Your stories are gift cards. When you don’t tell them, they go unredeemed. Darren mentioned that in one year Best Buy had $16 million in gift card “breakage” (gift cards that go unredeemed). “How many lessons have you learned that you’ve never shared?” Darren asked. Most people never share their most valuable stories. The only way to redeem your value is to you give your lessons and stories away to others. “If you want to speak like no one else, you have to live like no one else,” Darren advises. 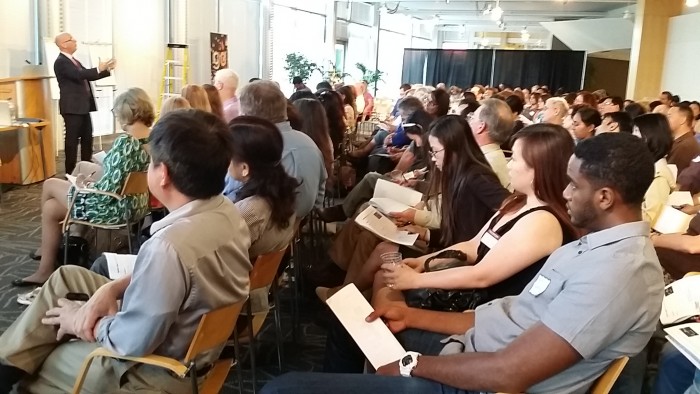 Darren LaCroix sharing “how to impact lives through stories” at Symantec in San Jose, CA

There are wolves out there who will try to eat you up, but they’re just sheep in wolf outfits. When you face challenges, you often fall down a level to learn something before you can climb up a ladder to get to the next level. Darren calls these “life lesson ladders.” In life and in games, you can fail many times and get back up with even greater strength and knowledge. But you only have one real life to live, so make sure you’re playing the game to the fullest! 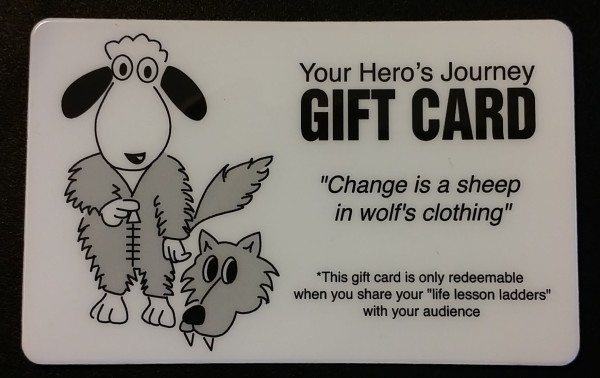 Next time a world champ or hero comes to your town, break out of your normal routine and go out of your way to hear him or her. Although I considered staying home this evening, I’m sure glad I ventured out to hear Darren LaCroix speak. I had a good excuse not to go: I had already heard him speak years ago in Florida and I had already purchased his Laff Pack that kept me laughing for months afterward.

A Toastmasters Champion Who Will Lift You Up

Darren reminded his (Toastmasters International) audience that we give others a gift when we tell our stories, especially those that involve hardships or failure. When we share them, we help others and, in some cases, we even become heroes! Darren was undoubtedly a hero to me and many others in the audience this evening! 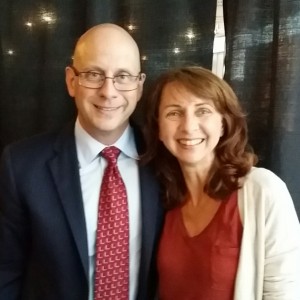 As a fellow Toastmaster, it’s my duty to give Darren a suggestion to improve his speech. He gave us a brief synopsis of his 17 Minutes to Your Dream commitment. I believe he would have given his audience a bigger gift if he encouraged each of us to set out on a similar course of action by committing a certain amount of time each day to turn our dreams into our realities . . . to take those steps after our Ouch. “If you’re willing to learn, you can do anything,” Darren says.

Do you want to be a super hero? If so, what are you doing to become that hero?

Do you want to be a world champ? If so, what actions are you taking on a daily basis to become that champion?