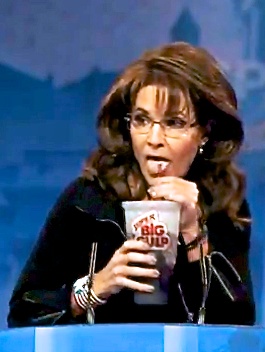 There’s no such thing as bad habits

You don’t have any bad habits. Think about it. You’re good at all of them. FJRC

But you probably have some habits that you’d like to reinforce and others you’d like to escape. Wouldn’t it be nice of you could ward off some of your stress and pain by adjusting some of your habits? You’ll be happy to know that there is a natural remedy with positive side effects. The treatment involves two simple steps.

Make up affirmations that can help you maintain habits you want. Affirmations are easiest to remember when they’re short phrases that rhyme. Here are a few examples to consider.

I need an hour to shower. For some men, marriage is a three ring circus: engagement ring, wedding ring and suffering. CJ. Women often underestimate how much time it takes to get ready. They’ll tell their husbands 10 times that they’ll be ready in about 5 minutes.

If you’re always rushing around at the last minute or showing up late, then you may want to create some kind of affirmation so that you can avoid this extra stress in your life. If your husband says he wants to leave the house by 6 pm to go out for dinner, for example, this affirmation will remind you that you need to be stepping in the shower by 5 pm.

Have a tangerine instead of caffeine. How do you know if you’re addicted to coffee?

I had most of these symptoms for years, but I finally got over my coffee addiction last year.

My husband and I moved to China where it’s easy to find tea, but difficult to find coffee. I remember a day when we went to China Folk Culture Village. Instead of enjoying the park and the shows, I became increasingly agitated because I couldn’t get coffee. My afternoon irritation turned into a throbbing headache by the end of the day. That’s when I decided I’d better switch to tea if I wanted to survive in China. Not only did I make the switch to a healthier choice, tea, I also discovered the benefits of starting the day with lemon water and fresh citrus instead of caffeine. Health Ambition

I do not wine or dine after nine. When I eat or drink late in the evening, I always regret it. I don’t sleep well and I end up feeling sluggish the next morning. If you have an affirmation like this, you might be thinking, it doesn’t apply when you’re at a party, right?

It’s my choice to feel happy or crappy. Although it’s possible to feel more than one emotion at a time, you usually have one that’s dominating. As soon as you recognize that you’re feeling crappy for whatever reason, immediately begin to think about something that will help you shift to positive thoughts.

“Happiness is nothing more than good health and a bad memory.” Albert Schweitzer

Turn off the light before midnight. If you’re staring at electronic devices until late in the evening, it will have a negative affect on your sleep. Your body needs darkness to produce melatonin which helps you sleep. Bright screens do the opposite.

The day is officially over at midnight, so unless you work the night shift, make sure you’re in bed well before midnight. But what if you just traveled through a few time zones? Then it’s even more important. You’re better off getting in bed before midnight to help you body adjust to local time. Good sleep isn’t a waste of time. It builds your immune system. It’s a necessary part of a long and healthy life. Sleep is the best of both worlds. You get to be alive and unconscious. JOL

Step 2: Train your brain the way you train a dog.

Steven Covey wrote about The 7 Habits of Highly Successful People. You know the the habits: be proactive, begin with the end in mind and so on. But there’s one habit he forgot to mention: treat yourself like a dog.

Remember Pavlov’s dogs? Ivan Pavlov won a Nobel Prize in 1904 for his research with dogs. He showed he could train them to salivate by giving them some type of stimulus before they got fed. Whether he rang a bell or gave the dogs an electric shock, they quickly became conditioned to associate the stimulus with the food and they would drool even when the food didn’t follow.

People are like dogs. And advertising agencies know how to take advantage of this. They show you pictures of beautiful people having fun as they drink addictive high-fructose caffeinated soda, or sport overpriced designer clothes made in factories where employees are underpaid. You want to be a beautiful person having fun so you pull out your wallet for the soda and expensive clothes. But deep down you know you’re being duped.

My friend, Thomas Caddy, incorporates hypnosis into training programs he conducts through his company National Marketing Associates. Several years ago I took one of his classes and to this day I remember one of the great lessons he taught me.

He told me to imagine a habit I wanted to eliminate. Then he told me to picture something I feared or found completely repulsive and disgusting. He told me to incorporate all my senses. What did I smell, hear, see, taste and touch? In his captivating calm voice, he weaved connections between the two just like Pavlov did with the bells and the dog food. He taught me the tremendous tranquilizing power of association, regardless of whether it’s positive or negative.

Now when I consider of ordering a cup of coffee, I remember that throbbing headache I had in China and it’s easy to resist. Now that I’m decaffeinated I sleep better and I have more energy.

When I think about getting ready to go out with my husband, I think about how distressed I feel when I see him pacing around asking me if I’m ready to leave. Well, in that case, I assure him that I’ll be ready in five minutes.

Some people are lively, friendly and always on time. Some aren’t. Keep your habits in check. Some of them may become addictions. Some can destroy you, while others foster health and prosperity.

Not long ago, I told one of my friends about this technique. She said that everyone in her family got involved. Her six year old son came up with one for his little sister, “you’re a good tot when you poo in the pot.” And one for his dad, “we give a hoot when you toot in the car.” But she said that she and her husband were still trying to work out ones they could agree on. She didn’t like the first one her husband came up with, “mom should mop instead of shop.” And her husband didn’t like the first one she came up with on a Saturday afternoon, “do a chore instead of lay on the couch and snore.”

Be persistent. It may take several weeks or even months for you to change a habit. But you can make adjustments and continuously improve your life little by little each day, as long as you remember these two simple steps. Become a poet, and train your brain the way you train a dog.