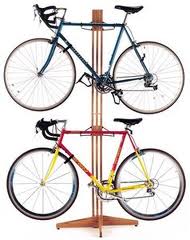 Do you really need more shelves and hooks for stuff you rarely use? Before you pull out your wallet to buy garage storage systems, think for a minute. Consider the following suggestions:

1. Downsize before you organize

Most of the time, garage storage isn’t the only issue. Running out of space is often a clutter issue. Don’t throw more money at the problem by buying  shelving units that only add to the problem. Chances are, you can get rid of more than half the stuff in your garage. The more often you clean out your garage, the more likely you’ll be able to Organize Your Garage In No Time

When you have a free day, get the family together and remove everything from the garage. Yes, everything! Not only does this give you a chance to clean the garage, it also forces you to go through things and determine what you need to keep. If you have children, they’ll moan an groan on garage-cleaning day, but if they keep stuff in the garage, they need to be involved. They don’t like going through piles of clutter any more than you do. Be sure to give them an incentive for their participation. 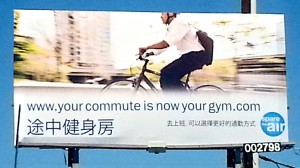 Human Transit: How Clearer Thinking About Public Transit Can Enrich Our Communities and Our Lives

Selling a vehicle has several big advantages. You can save money, get more exercise, and have more time to build relationships and get work done.

You’ll save a lot of money in the long run. On average, Americans spend more than $9,100/year for each vehicle they own. And those are after tax dollars! FairTax estimates that most Americans are paying 23% or more toward taxes. That means you need to use about $11,000 of your earnings each year just to pay for one car. Don’t get too hung up on the accuracy of this estimate. Instead, take time to calculate the specific cost of your own vehicle(s). See for yourself how much you’ll save.

When you spend more time walking and biking, your health will improve and you’ll find it easier to sleep at night. It’s no coincidence that the USA has one of the highest ratios of vehicles per capita and is also the most obese country in the world. If you need a car every now and then, you can rent a car for a few days or use a car-sharing service, such as ZipCar, for a few hours.

Commute with a colleague or look for carpool buddies through eRideShare or CarpoolWorld, or take public transportation, ride a bike or walk. You can also combine various forms of transportation. In many cities, you can take your bike on the bus or train. Whether you’re carpooling or waiting at a bus stop, you have more time to socialize and build relationships. When you commute via public transportation, you can work, listen to music, or nap while your driver is paying attention to the road.

4. Convert your garage to living space

A 2-car garage is typically 400-600 square foot. After traveling and living throughout Europe, South America, the Caribbean and Asia, I can tell you that millions of American cars have better housing than millions of humans on the planet. And housing is a problem for many people in the US as well.

According to the National Center on Family Homelessness, millions of families and children in the US go homeless each year. And according to the National Coalition for Homeless Veterans, on any given night more than 60,000 veterans are sleeping in the streets. When you convert your garage space to living space, not only do you increase the square footage and potential value of your home, you could also create a small, affordable living space to rent out to people who can’t afford more. Doesn’t it make more sense to invest in people or your home instead of shelving?